A SNEAK PEEK INTO THE WORLD OF CHITRA GARG

“Chitra Garg is a well known name in the field of creative writing on various subjects she has been writing on.

A celebrated author, a photographer by passion and a self-confessed sports enthusiast – that’s Chitra Garg for you.

She may have won several awards over the years, including the highly prestigious Raj Bhasha Gaurav award in 2105 from the President Pranav Mukherjee, “Bal Sahitya Samman (1999-2000)”,Bhartendu Harishchandra Puraskar (2000), but it all started when she took up writing in 1974. It was just a hobby, once she decided to pursue after reading an article in a newspaper. She got down to writing and sent her articles to the likes of Amar Ujala , which was local publication back then. Her articles got published within a week, much to her joy. One thing led to another and before she knew, she was already writing articles for national-level Hindi magazines. And as luck would have it, her work was being continuously published.

Ever since, there has been no looking back. Today, Chitra Garg needs no introduction. Her work in the field of creative writing has made her a known name. As a writer, she has touched upon different subjects of life.”

HER WORK FOR CHILDREN

Back in 1986, there weren’t many good magazines for children. Determined as she was, she decided to start a publication of her own. This set the backdrop for Bal Manch, a (4-colour) children’s magazine, published under the banner of “Nehru Bal Samiti”. Unfortunately, a year later, she had to discontinue the magazine. Evidently, advertisements and sponsors didn’t generate enough funds for the magazine to continue.

In fact it was very much popular magazine in school children of Delhi and nearby cities. Hundreds of children supported it by their annual subscription. It published children’s writings as well as of established writers. It was liked by one and all as a new type of magazine for children. But this support was not sufficient to carry the magazine forward.

Born in Faridpur (Bareilly, UP) on 8th October, 1954, to Sh. Jeet Prakash Agrawal and Smt. Sarojni Agrawal, Chitra Garg (nee Agrawal) is the eldest in the family.

Her father, a rich businessman from Faridpur, was a leader in the local municipal corporation and also held the membership of the governing bodies of several institutions in the area. He believed in hard work, which earned him a lot of property during his lifetime. Like father, like daughter. He died at an early age in 1983.

Smt. Sarojni Agrawal, her mother was an educated lady and a scholar. She was a regular invited guest of honour at local institutions functions .She left for heavenly abode in August, 2014.

Rekha Agrawal, her younger sister, is a journalist. The duo has two younger brothers as well. Both of them have a flourishing business in Faridpur and Bareilly.

HER ACHIEVEMENTS DURING COLLEGE

Hers is truly a case of “coming events cast their shadows before”. She was a member of the Athletics Team of Bareilly College. In fact, she won a lot of prizes back then. Chitra Garg also participated in handicraft and other competitions during her college life, and bagged several awards.

HER STINT AS A DOCUMENTARY MAKER 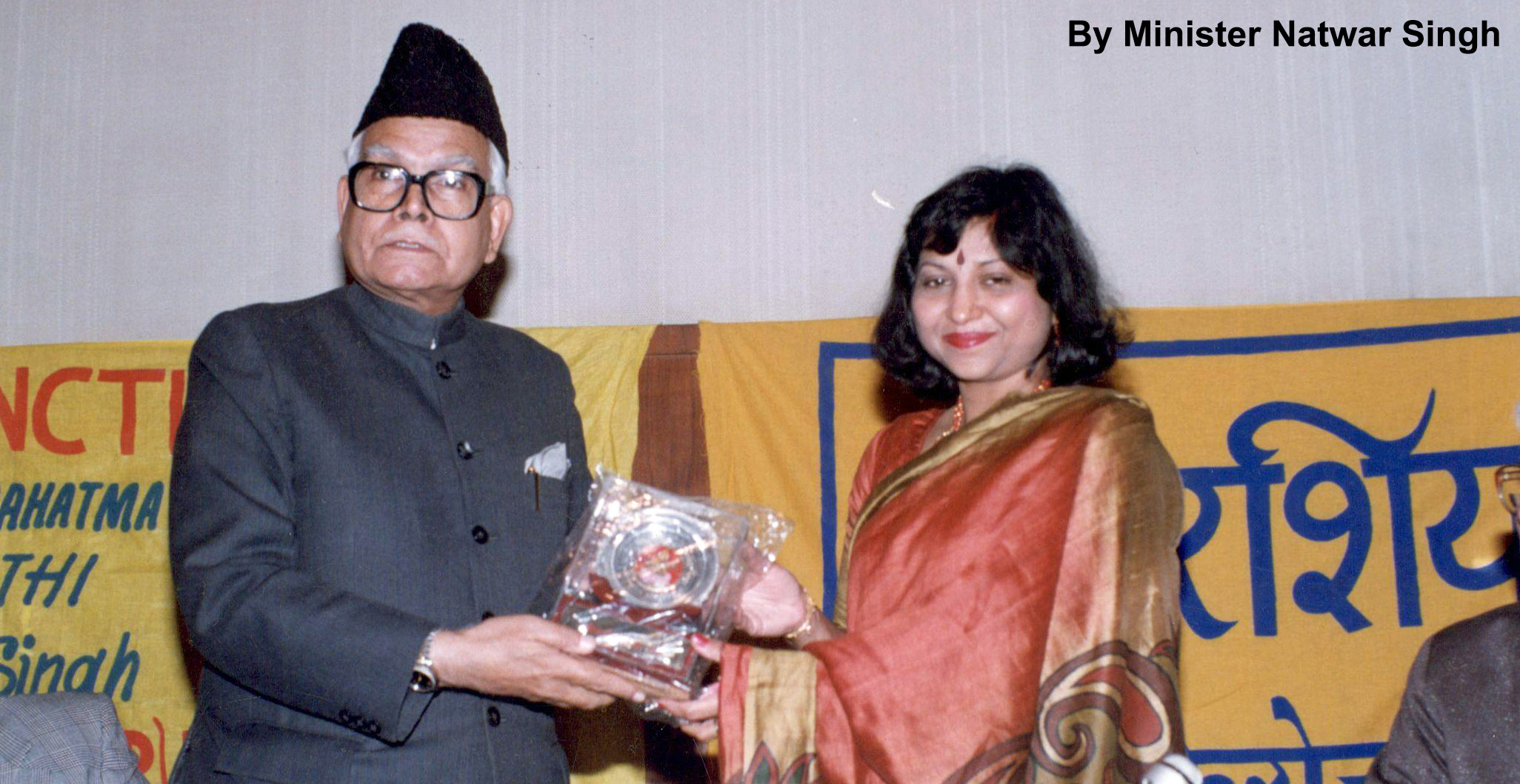 Post 1982, she and her children took part in various programmes, aired on Doordarshan. However, it was in 1994 that she turned to production. Between 1994 and 1996, she produced and directed more than 10 programs for the broadcaster. During this period, she also toyed with the idea of scriptwriting.

She also made a docu-drama titled “Hamen Pyar Chahiye”, for which she donned the hat of a scriptwriter, director and producer. Based on handicapped children, the short film was telecasted on Doordarshan, the only national channel at that time, and was highly appreciated.

Meanwhile, she also produced a music album, the lyrics for which were written by Chitra herself. Not to forget, she was also the presenter for many of the documentaries and TV programs.

On 25th Jan, 1979, she tied the knot with Mr. Dinesh Garg, a renowned practicing advocate in Delhi High Court.

Daughter Garima Mehta is a Designer from NIFT, Delhi and married to Amit Mehta.

Son Prakhar Garg is an Advocate(Practising in IPR, Real Estate Matters and Compliance) with the name and style as www.GargLawFirm.in and married to Advocate Swati Garg.

Her Interests and Hobbies

Writing is her passion, no doubt. But there’s more to her. She’s also fond of photography, home decoration, and sports. And not to mention, she is a globetrotter. 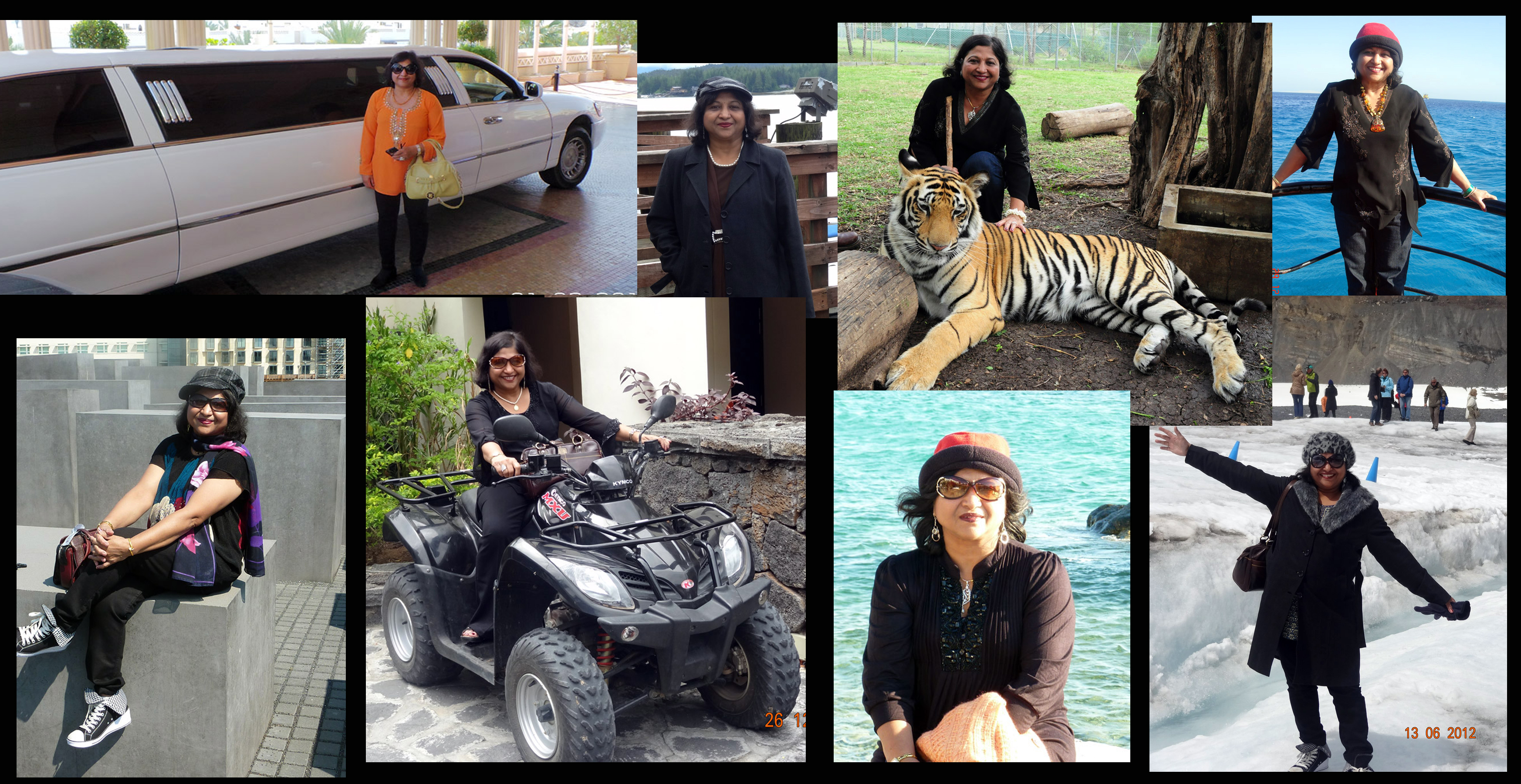 She wants to make a place in the heart of all Indians by her creative writings. She dreams to win biggest awards of the world.

She wants to endorse or do modelling assignments for the national interest subjects of awareness. It will not be for earning money …but for hobby sake…free of cost.

She has no belief in idol worship and making fasts. She believes that true worship of God is to work honestly and not to torture people. Her inspiration of work is her late father Jeet Prakash Agrawal.